Move Over, Knute Rockne: Brian Kelly Is Taking His Place In Notre Dame’s Record Book, With An Asterisk 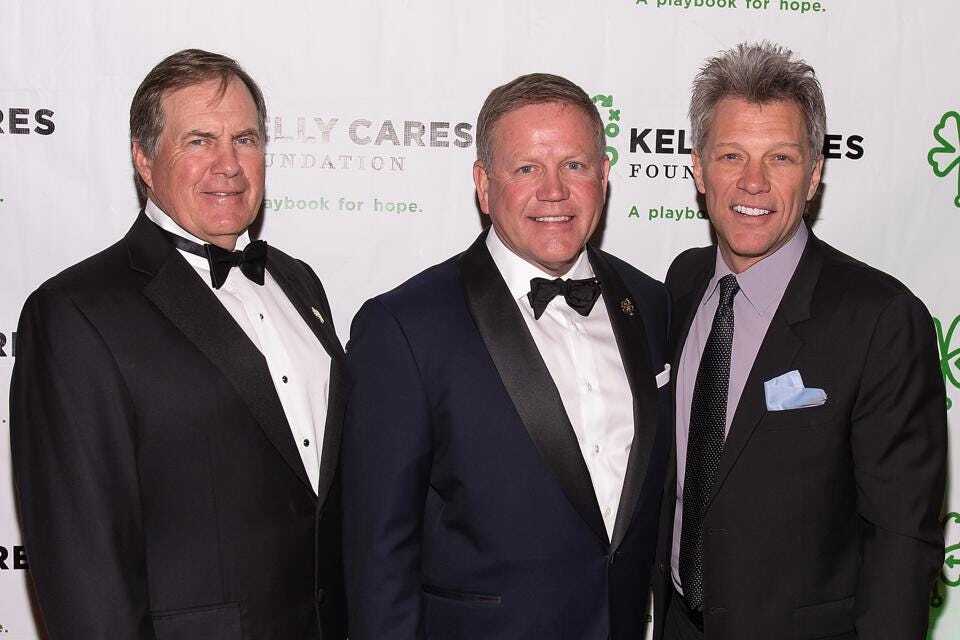 On the warm September Saturday that he moved alongside Knute Rockne in the Notre Dame record books, Brian Kelly found himself in a postgame mood of contemplation and gratitude.

“On the walk here, the energy on campus, it felt like we were back to what a Notre Dame home football game feels like,” Kelly said after this 27-13 win over Purdue. “I think it’s important that we don’t take this for granted.”

This makes 26 straight home victories for the Fighting Irish, who haven’t lost in South Bend, Ind., since 15th-ranked Georgia nipped them 20-19 on Sept. 9, 2017. It’s also a program-best 34 straight wins over unranked foes.

Overall, this was Kelly’s 105th win in his 12 seasons as Notre Dame’s coach. That, of course, includes 21 victories from 2012-13 that were vacated under what the school officially terms “discretionary NCAA penalty.”

Basically, a student trainer was found to have completed coursework for two Notre Dame football players while providing impermissible academic benefits to six more. The university self-reported the violation.

A lengthy appeal process finally ended in early 2018 with the NCAA upholding its original decision, but the athletic department is well within its rights to continue counting those 21 wins as Kelly’s provided there’s always an asterisk and a brief explanation.

So Saturday came with those tack-ons, but the vocal crowd of 74,341 still witnessed history. With a win next week over Wisconsin at Chicago’s Soldier Field, Kelly would move past Rockne, whose seminal football dynasty almost certainly would have rolled through the 1930s just as it roared in the ‘20s if not for a Kansas plane crash that took his life at age 43.

“Many times you come to these games and you just think, ‘Well, that’s the way it is,’ “ said Kelly, who turns 60 in late October. “It’s pretty special when you have the whole crowd into it: fourth down, big plays. It was fun for our guys, and they really enjoyed it.”

Kelly’s words will never be engraved within the walls of Notre Dame Stadium, aka The House That Rockne Built. Nor, barring a late-career national championship, will his visage be carved out of bronze to be displayed outside this stadium

But the alderman’s son from suburban Boston has still found a way to endure in a job that typically ages men in dog years. He has survived five seasons with four or more losses, including a 4-8 disaster in 2016.

Lou Holtz ended his stormy reign with exactly 100 wins a quarter century ago, and the late Ara Parseghian piled up 95 wins along with his two national titles in the ‘60s and ‘70s. But after that the win totals at Notre Dame drop precipitously: to Frank Leahy’s 87, Dan Devine’s 53 and Elmer Layden’s 47.

Saturday, with athletic director Jack Swarbrick sitting in the corner of the interview room, Kelly credited his bosses, including Notre Dame President Rev. John I. Jenkins, with hiring him away from mid-major Cincinnati and giving him a chance to catch Rockne.

For perspective, he alluded to the latest coaching search at USC. When the Trojans come calling next month, continuing an ancient rivalry that started with Rockne, Kelly will match wits with the fifth different USC coach he’s faced during his tenure.

He missed Pete Carroll by a year, started out facing Lane Kiffin, then moved on to Ed Orgeron, Steve Sarkisian, Clay Helton and now, after Helton’s recent firing, Donte Williams.

“Look, we’re going to play our rival and they’ve had a number of different head coaches at their university,” Kelly said. “You know I’m talking about our rival on the West Coast. This is not to smear them at all.

“I’m just saying it requires consistency to get to these marks. And we have it with our leadership, we have it with our athletic director and we’ve had it in the coaching because we have alignment. Because of that, that’s helped a lot in being consistent and winning football games.”

That was a more magnanimous answer, maybe, than the one Kelly gave five days earlier when the subject was raised.

What would it mean to him to tie Rockne?

“I think it means longevity, it means stability,” he said. “I think it means winning, but it doesn’t mean anything else relative to comparisons or who’s better. Those things don’t really mean much to me.

“I came here to do a job. That was to bring Notre Dame back to its winning traditions. We’ve gotten there by being consistent and having stability.  I think that’s what it means more than anything else.”

He’s right. Asterisk and all.