PURDUE AND THE SHILLELAGH TROPHY

Notre Dame has many traditional rivals.  And, for some of those rivals, there is a little something extra to play for  - a Rivalry Trophy.  The history of the Notre Dame rivalry with Purdue stretches back to 1896, and the two programs played every season from 1946-2014.  This week, as these two great programs go to battle for the first time in seven seasons, the oldest of the Rivalry Trophies, first fought over in 1896, is up for grabs against Purdue - The Shillelagh Trophy. Click here for an article from our friend Phil Houk at Fighting Irish Preview on his article on THE BATTLE FOR THE SHILLELAGH TROPHY.

THE STORY OF "CLASHMORE MIKE"

Recently, Notre Dame's Fighting Irish leprechaun mascot came under fire as the fourth-most offensive college football mascot in the nation, according to a new survey. Well, so much for surveys, right?
The University responded by saying that our nickname, Fighting Irish, began as a term used by other schools to mock its athletic teams. In the late 1800's and early 1900's,  anti-Catholicism and anti-immigrant sentiments were strong. Because Notre Dame was largely populated by ethnic Catholics – mostly Irish, but also Germans, Italians and Poles – the university was a natural target for ethnic slurs, it said. At one football game in 1899, Northwestern students chanted “Kill the fighting Irish," Notre Dame said. As for the leprechaun, the University went on to say, it is "symbolic of the Fighting Irish and intentionally a caricature."  Irish-Americans — including those at Notre Dame — again have turned back on former oppressors as a sign of celebration and triumph," the university wrote." In both the upraised fists of the leprechaun mascot and the use of the word “fighting,” the intent is to recognize the determination of the Irish people and, symbolically, the university’s athletes."  Notre Dame went on to note the leprechaun began in England — as a disparaging symbol of Irish people.

BUT - did you know that the Leprechaun did not come on the scene as the ND Mascot until 1965?  Here's the story of the the Leprechaun's mascot predecessor - an Irish Terrier named CLASHMORE MIKE. 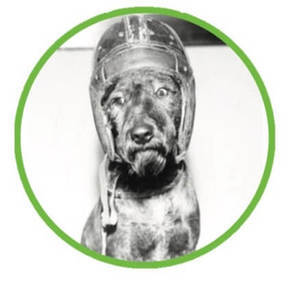 Notre Dame Alumna, Kathleen Ann Kiefer '85, a renowned artist from Manhattan Beach California, recently captured the image of Clashmore Mike in this amazing piece of work on a reclaimed bench seat from Notre Dame Stadium. For more about Kathleen and her Notre Dame Art, please visit her website. We hope to be hosting Kathleen for an art show in Denver in mid October. Stay tuned for details in next week's email blast and on our website. 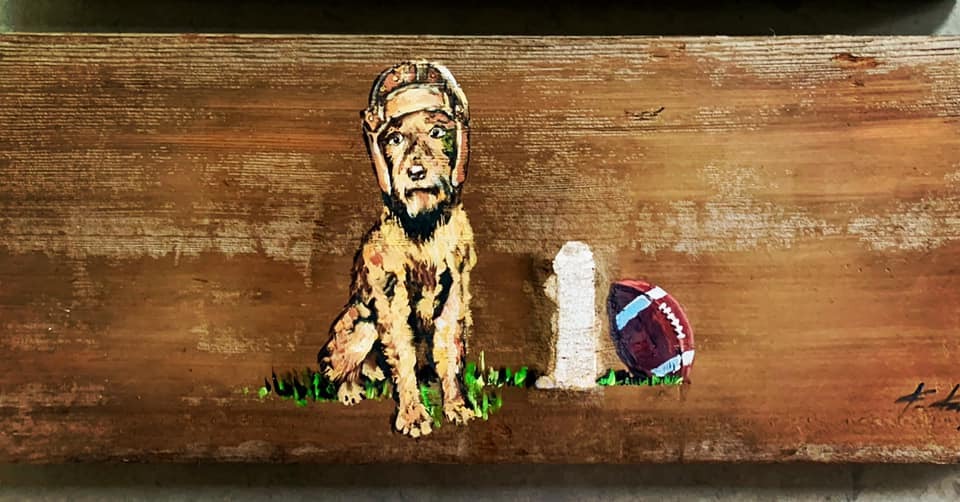