Read on as Monica shares her bio, the reasoning behind how she identifies, as well as some favorite stories about times she participated in cultural traditions or events. 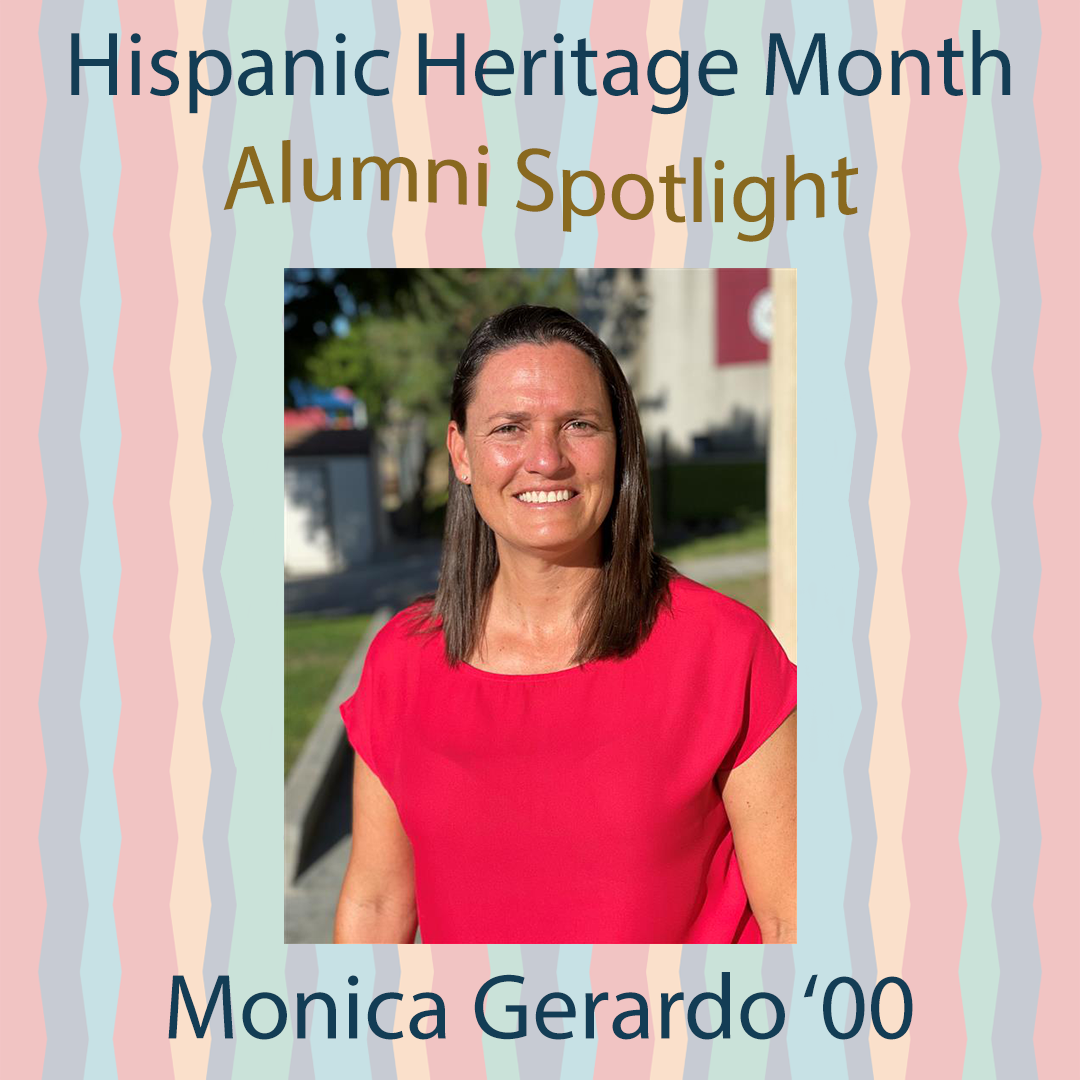 Tell us about yourself

My name is Monica Gerardo, Class of 2000; where I earned my BA in Sociology. I was a member of the women’s soccer team from 1995-99, where we won an NCAA Division I National Championship  my Freshman year of 95’. After I graduated, I played professional soccer for the Washington Freedom (DC) of the WUSA (Women’s United Soccer Association), for three seasons, which was the first  ever women’s professional soccer league in the U.S. I also represented Mexico for 5 years from 1998-2003, competing in the 1999 FIFA Women’s World Cup. After my playing days ended, I  transitioned to college coaching at the U. of Pittsburgh, then St. Mary’s College and eventually Whittier College. At Whittier College, I formed the Poet Student Athlete Leadership Academy and was  promoted to Assistant Athletic Director. About 5 years ago, I switched fields and I’m now the Principal at St. Mark’s Lutheran School, which is a private K-8 school located in Hacienda Heights. I also  developed and teach a specific leadership curriculum, utilized to grow the entire individual based on Teamwork, Servant Leadership, Decision Making and Communication. I have found a true home  and believe I’m in an environment that I love and have the opportunity to teach about an area that I’m passionate about. I currently reside in Long Beach with my wife, Kristina.

How do you identify?

Well, I usually say Hispanic. My dad is from Mexico and my mother is from Spain, so for me…Hispanic just fits. I try to learn and represent both sides of my family, making sure that people know the difference. Too many times, Spanish speaking countries get clumped together. I especially find that living in southern California, where most people assume your Mexican and only Mexican, if you  speak Spanish. That’s a generalization but seems to be true to my experiences. My parents have influenced me greatly. From a young age, I learned the language, ate the various foods, learned about  many customs and visited family in both Mexico and Spain. Representing Mexico, as a soccer player, was definitely because of my dad and wanting to make him proud and the family proud. It was an  opportunity for me to achieve my goals and dreams, while still keeping my identity. For the Spanish side, I have a wonderful relationship with my cousins, aunts and uncles…something I’ll carry on with  me for a lifetime. I have made a promise to my mother, that when I’m retired, I promise to continue building those relationships, making sure that the Spanish side of me, will always be a side of me.

Well, my senior year of college, spring of 99’- I took the semester off of classes and lived in Mexico City. We were preparing for the FIFA Women’s World Cup and although I don’t have one specific  story, I do know that that is when I truly appreciated the Mexican culture and how it’s been such a huge part of my life. As for Spain, I try to visit about every other year. I can never get enough of the  food, the acceptance and kindness of the Spaniards. I have been able to experience the “Running of the Bulls” in Pamplona a couple of times, “Semana Santa”- Holy Week, visited various churches,  beach towns, the countryside and I never say no to something new. I’m fortunate to have such a wonderful and diverse family, experiences and adventures that are a part of who I am and who I will  become.