Thank you to our sister clubs, Central PA, Gettysburg, Harrisburg, and Pittsburgh, and to guests from parishes around the region for joining us Sept. 10th for the 20th Anniversary events. As always, Msgr. Statnick celebrated an affecting and light-filled liturgy. Music led by Central PA Club members added to the beauty of the mass.

Following mass, presidents from the Clubs were joined by NDAA president Kevin Buckley for a wreath laying, symbolic as the wreat stood in shadows before mass, and them moved to the sunlight, symbolizing grief into hope.

Those who then traveled down to closer to the site witnessed the silent Luminaria ceremony in which family members or friends of the 40 lives lost that day  memorialize each with a lantern placed at the Wall of Names. Music from the Johnstown Symphony and sailors at attention from the USS Somerset enhanced this very special moment. 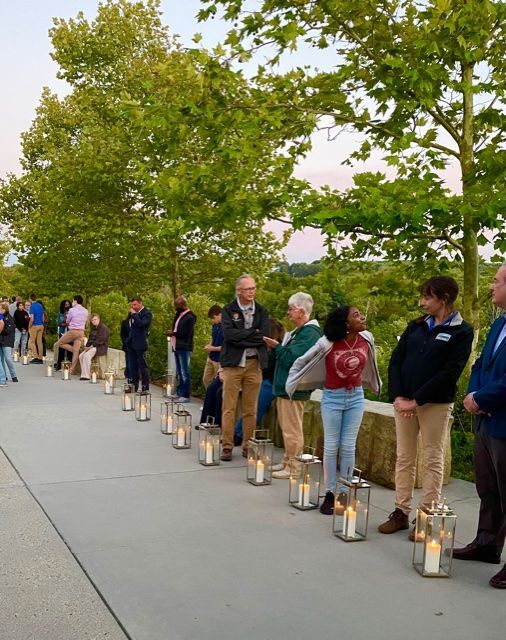 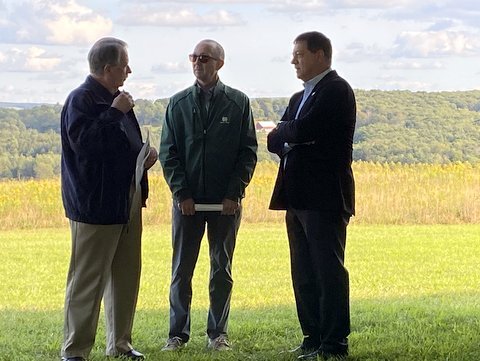