Anyone who has ever watched NBC’s coverage of Wimbledon should be familiar with one of our most recognizable classmates, strawberries and cream Bob Basche.

Bob was another of the Irish Dons from Notre Dame High School in Niles lettering in track four years, chosen Homecoming King as a junior, and president of the Student Council as a senior. At the university, Bob was well known for his role as drummer for the Nightlighters. 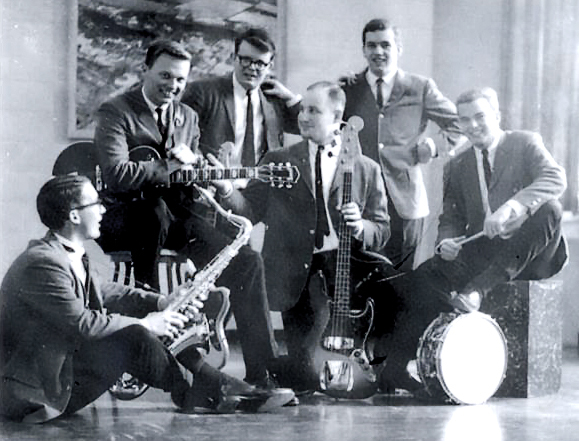 After graduation, Bob headed for Navy OCS and two tours of Viet Nam before using his Communications degree to become a producer for NBC Sports covering tennis, golf and SportWorld. Bob was a three-time Emmy Award winner for his Wimbledon efforts before founding a sports marketing company, Millsport, where he was CEO until “semi retirement” in 2011.

Bob lives in Norwalk, CT, and has been married to Susan for 27 years with a son, Alex, who is 20.

What’s Bob been up to recently? Well, we convinced Bob to attend the 50th reunion at NDHS where he is seen here with classmate Fr. Mike Geisler ’66 hearing his “confession.” 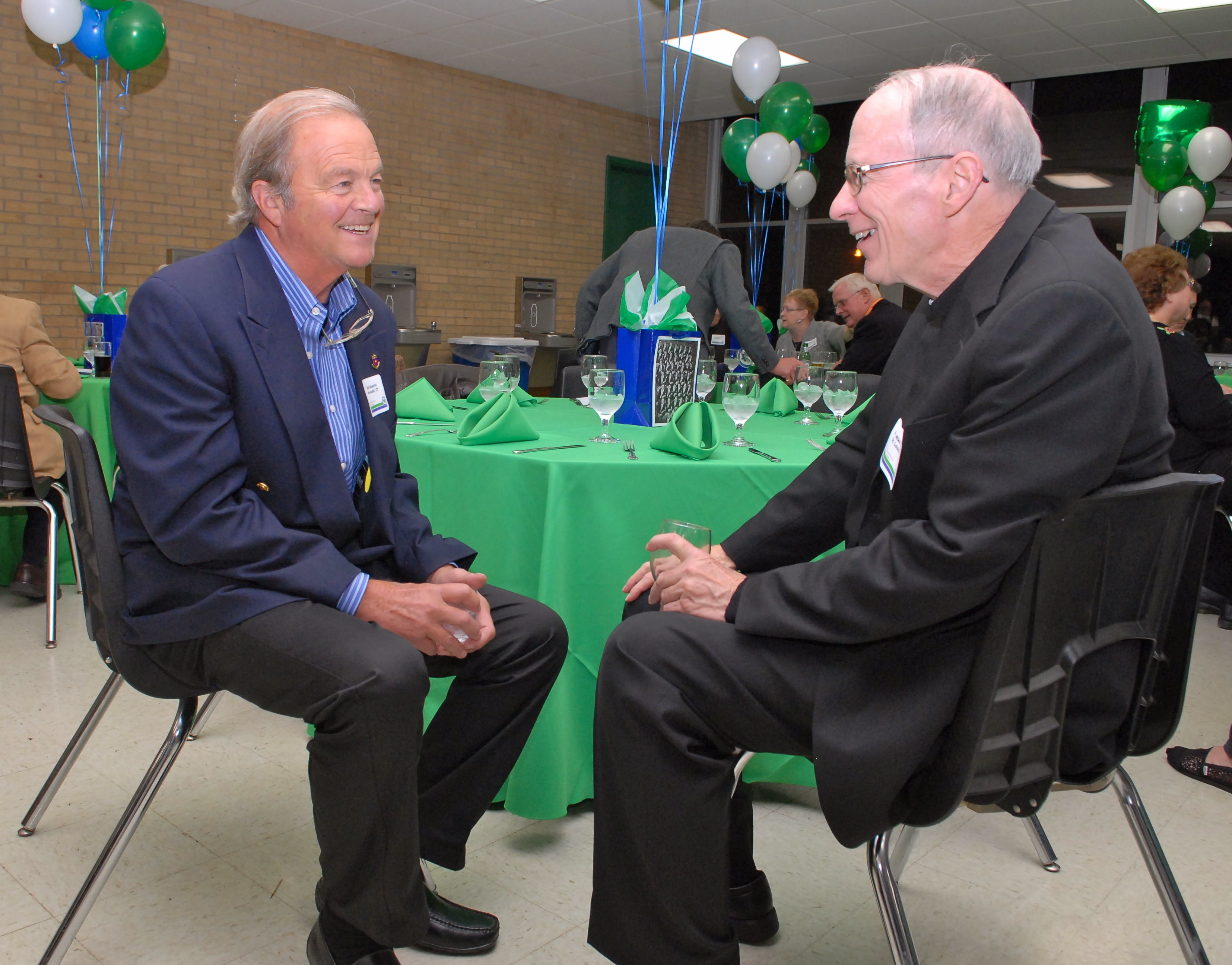 Bob has recently started a consulting business where he’s managed accounts, such as the America’s Cup trials off Newport, RI, last year, and an interesting promotion for Sunoco in NASCAR. 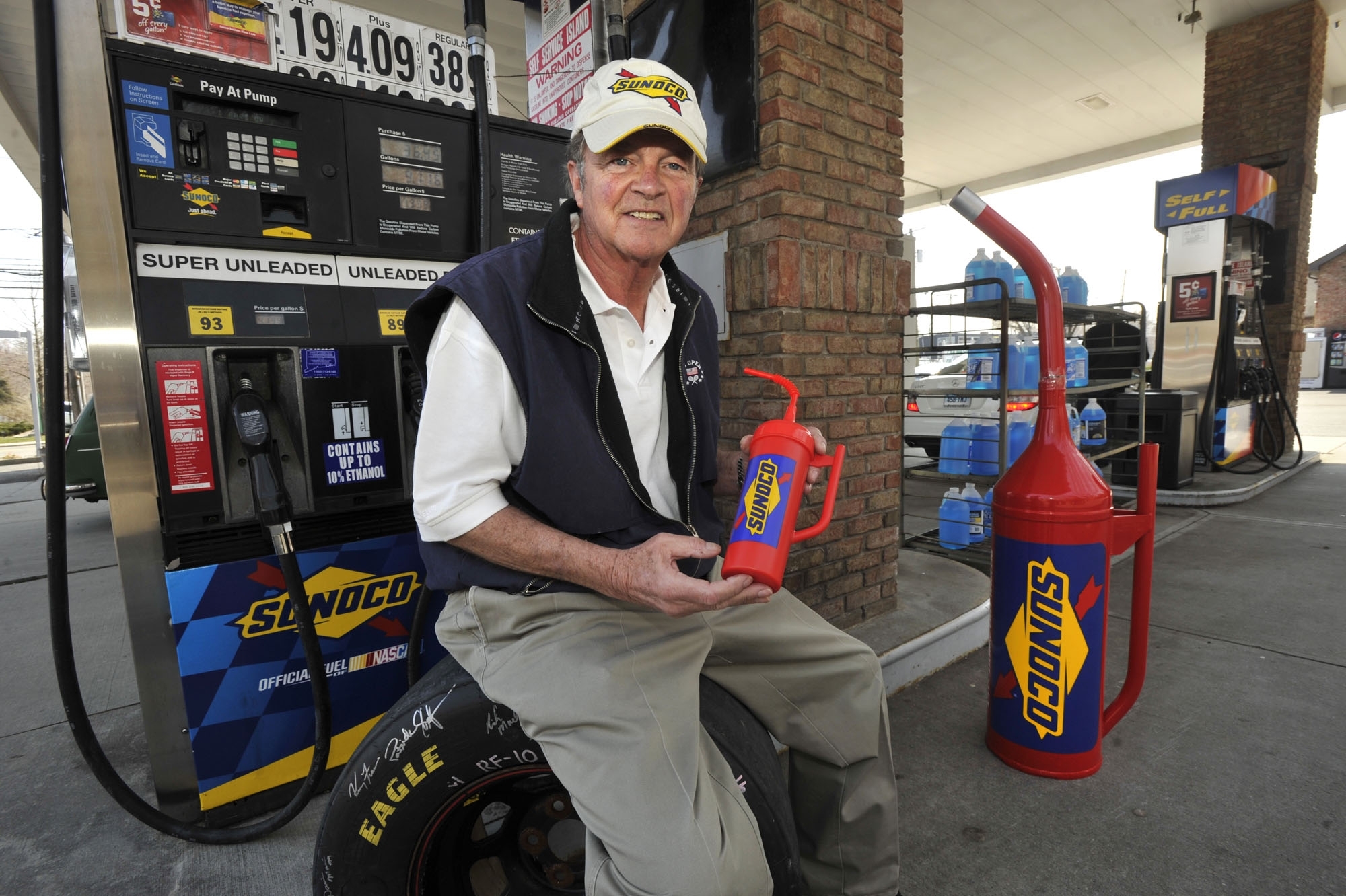 Check out the whole story by Jason Rearick of The Stamford Advocate http://www.ctpost.com/default/article/Stamford-marketer-brings-iconic-Sunoco-can-to-4429545.php.

Hopefully we’ll all get to see Bob playing drums one late night at our 50th in 2016!