You might recognize the above date as one of the worst games in ND football lore…the disaster in the desert at Arizona State. Since we had experienced the thrill of victory (at the Michigan game), we tested our luck against the devils in the blazing heat of Phoenix.

But this journey is not about meeting a classmate, but rather about bloodlines. Although Carol is the 9th of ten Irishman (Conley) from Columbus, OH, more of our relatives have graduated from ND than the Buckeyes. At least six of our nieces and nephews graduated from ND, including two bright lawyers from Scottsdale, AZ. And their father Marty is one of the craziest subway alums that I’ve ever met. A Valpo native, he recently flew to ND when Under Armor replaced Adidas as the official clothier of the Irish and purchased $1000 of Adidas wearables that Hammes was closing out. The guy is crazy.

So when his first grandson was born to his son Marty Jr. just before the ASU game, Carol and I went down to Scottsdale to meet the next generation of ND grads. Thank God Marty Jr. did not name his son Charlie Weis Sims, but instead Brady (Quinn) Conley Sims. No son of the Irish ever had his first photo shoot like the attached. 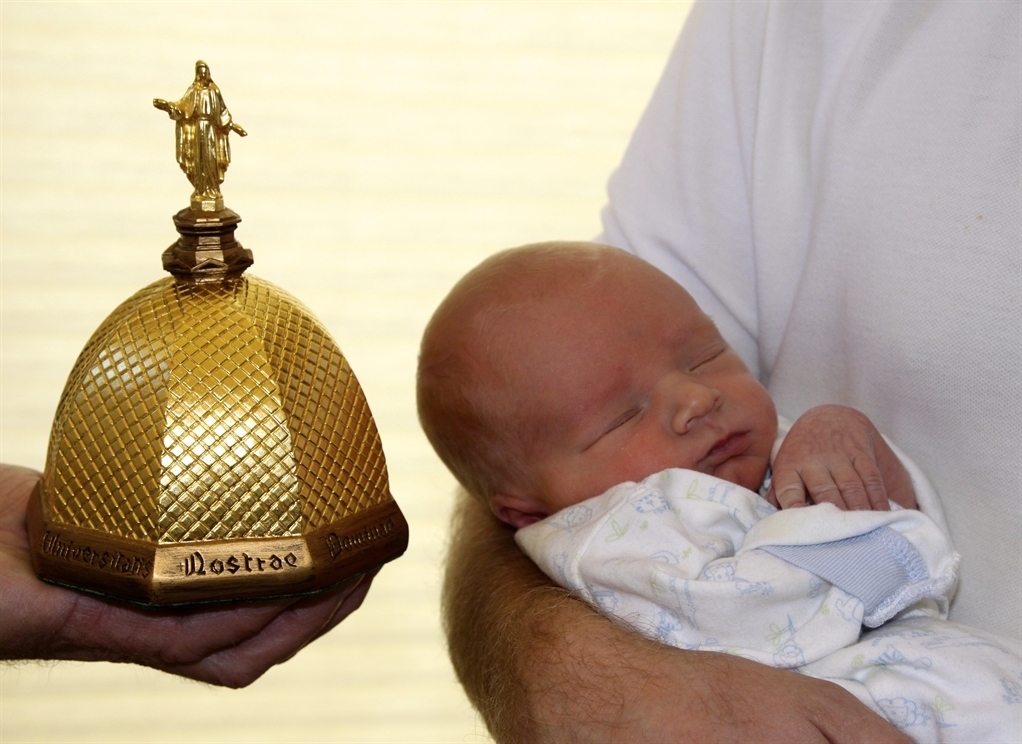