Now that I’m retired I was able to see the Irish play three times this past fall and we won all three…not always in the best of form that seemed to be a common denominator this year.

Had the chance to tailgate at the Georgia Tech game with classmates Dan & Gloria Rooney and Jerry & Fouzia Erbach and family along with the Dave McGoverns (’68) and the Joe Nucciarones (’81) from South Bend. Denny Corrigan made one of his rare trips to a Notre Dame football game for UMass as he was showing the campus and the band to his musically inclined nephew. On Friday McGovern, Nuch and I visited Fr. Ted’s grave in the Holy Cross cemetery and other campus sites recommended as “don’t miss” by our class president Cappy Gagnon. Al Loboy from Portland was on campus for UMass as well but we could only make phone contact.

But the high point of the season (and almost the low point) was the Shamrock game in Fenway Park. Carol and I have attended most of the Shamrock Series but she “doesn’t do cold.” So I dutifully took her to a Gamay Beaujolais dinner at Newport Beach’s Cannery restaurant for a 49thwedding anniversary and then boarded the redeye to Boston to meet up with Jerry Erbach and Dan & Gloria Rooney. As you all know, the game s**ked but the town and the event was special. Kudos to the Boston Club as they did a fantastic job from the exclusive tour of the Green Monster where Carol Boyd taught me the Sheldon hand shake, to the huge crowds at both Friday’s Welcome to Boston and Saturday’s FanFest. ND did a great job creating a fantastic game environment. There were undoubtedly many of our classmates there…Tom Sullivan and I tried to meet up twice to no avail. As you can see by one of the following pics he was busy begging Coach Kelly to “put him in!” 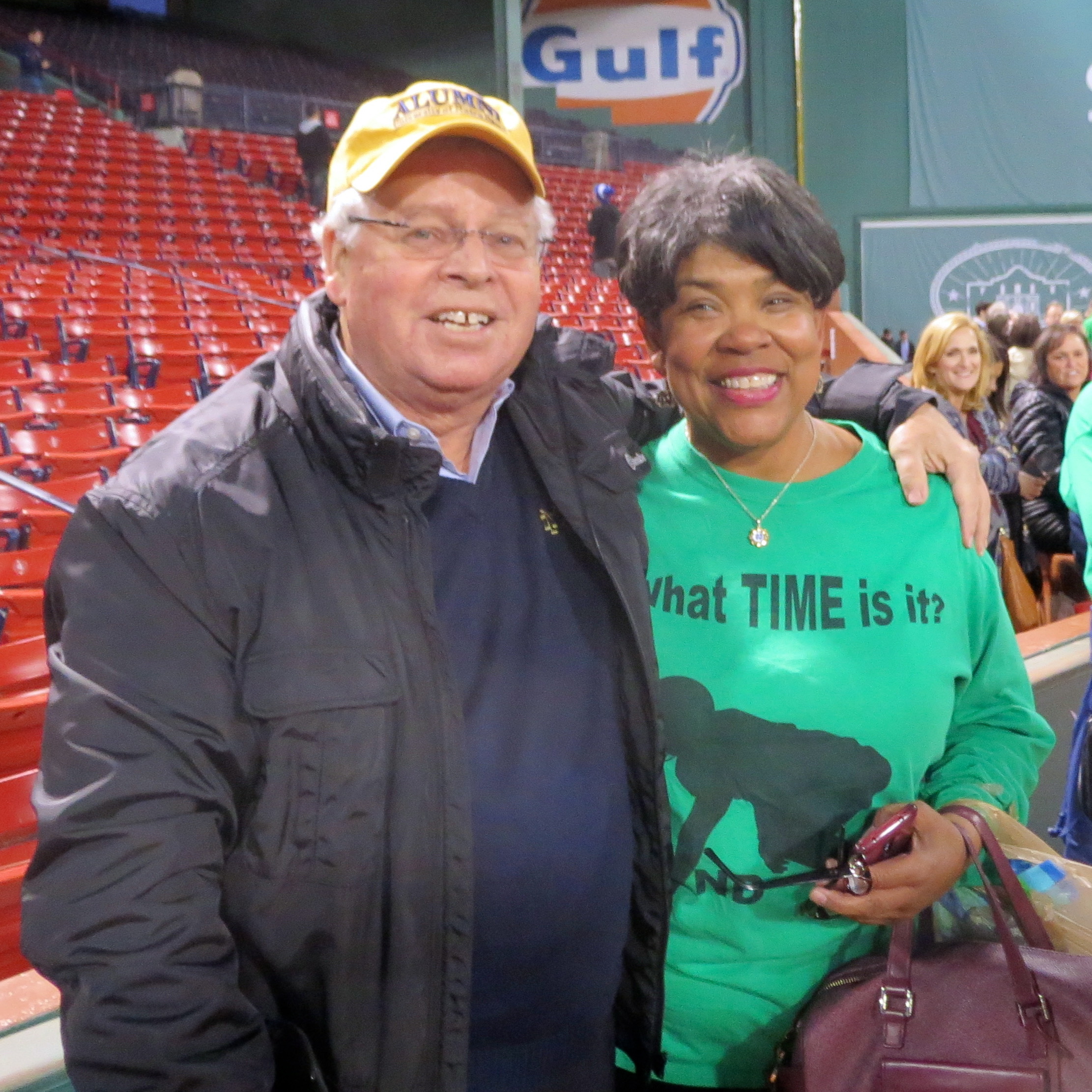 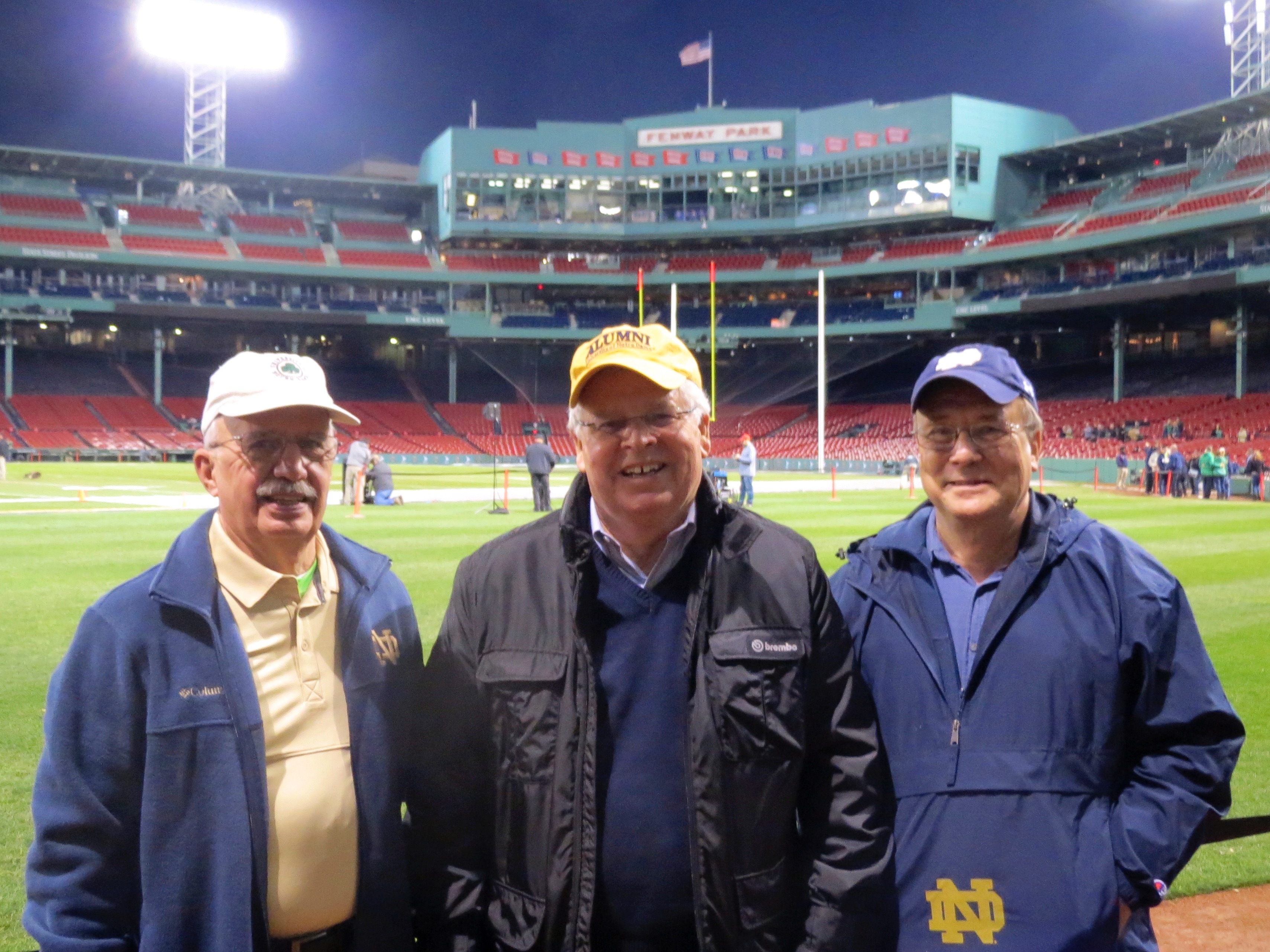 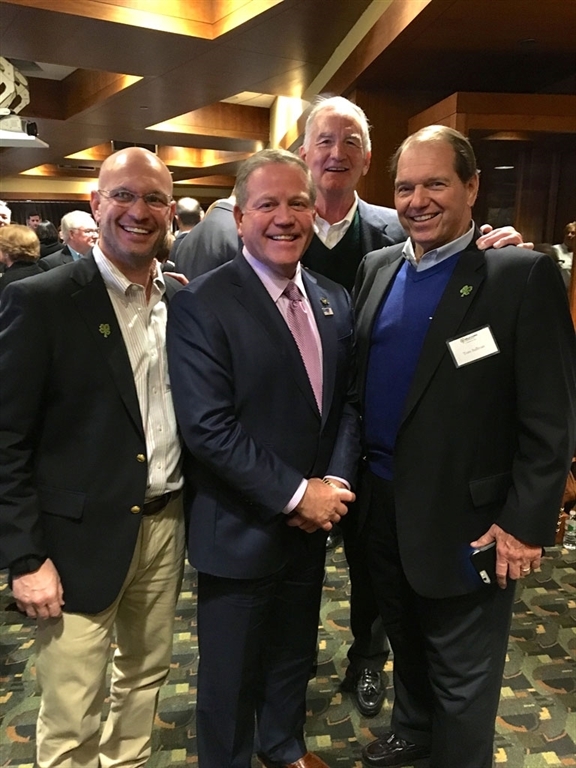