Our class has had its share of Emmy award-winning media personalities, including Don Ohlmeyer of ABC Sports and NBC, Tom Bettag, producer for ABC’s NightLine et al, and Bob Basche of “Breakfast at Wimbledon,” among others.

But I know of only one who was an award-winning sports editor of a major daily newspaper, the Los Angeles Times, for many years and one of the finest sports writers of our time. In LA we’ve lost the great Jim Murray, the Lakers Chick Hearn and next year the Dodger’s Vin Scully plans to retire.

Following is Bill Dwyre’s last column for the Times. Maybe now he’ll have time to attend our 50th reunion besides working on his golf handicap. 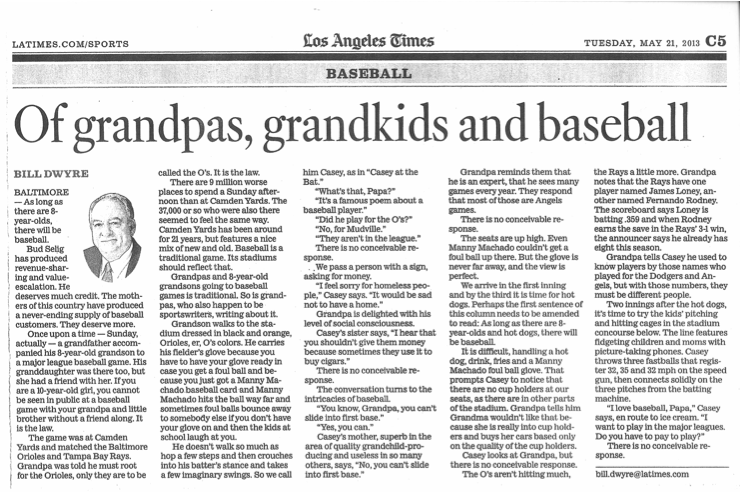