Terry Kiwala, Dome of the Rock and the Temple Mount, Old City of Jerusalem

I wanted to share some photos of an adventure that I recently had in Jerusalem, which took a lot of planning. Our pilgrimage group consisting of six priests, five doctors and two lawyers…what a group! We visited places holy to Judaism, Islam, and Christianity in Jerusalem, but it took planning to have access or partial access to these holy sites. The Dome of the Rock is one of the holiest shrines in Islam, and the Temple Mount is the holiest site in Judaism.

The Dome of the Rock is an Islamic Mosque built 691 A.D. to commemorate the spot from which the prophet Mohammed ascended to heaven in his miraculous “night flight”; it also contains the “foundation stone” which Jews believe is the stone on which God created the world, and is also the stone on Mount Moriah on which Abraham was about to sacrifice Isaac.

The adjacent Temple Mount is the remnant of the Holy of Holies, the Temple built by King Solomon, son of King David in approximately 950BC, destroyed and re-built many times, destroyed by the Romans in 70AD. It is so holy to Jews; it is the place they turn towards in prayer (the Western Wall is beneath it). It is the place where God’s divine presence is manifested more than any place on earth; due to its extreme sanctity, many Jews will not walk on the Mount itself to avoid unintentionally entering the area where the Holy of Holies stood.

Not that it is easy for non-Muslims to visit this area.

The Dome of the Rock and the Temple Mount, photo below, in the middle of Jerusalem, are controlled by a Jordanian Trust (“Awqaf”).Tour groups do not have access to this site. 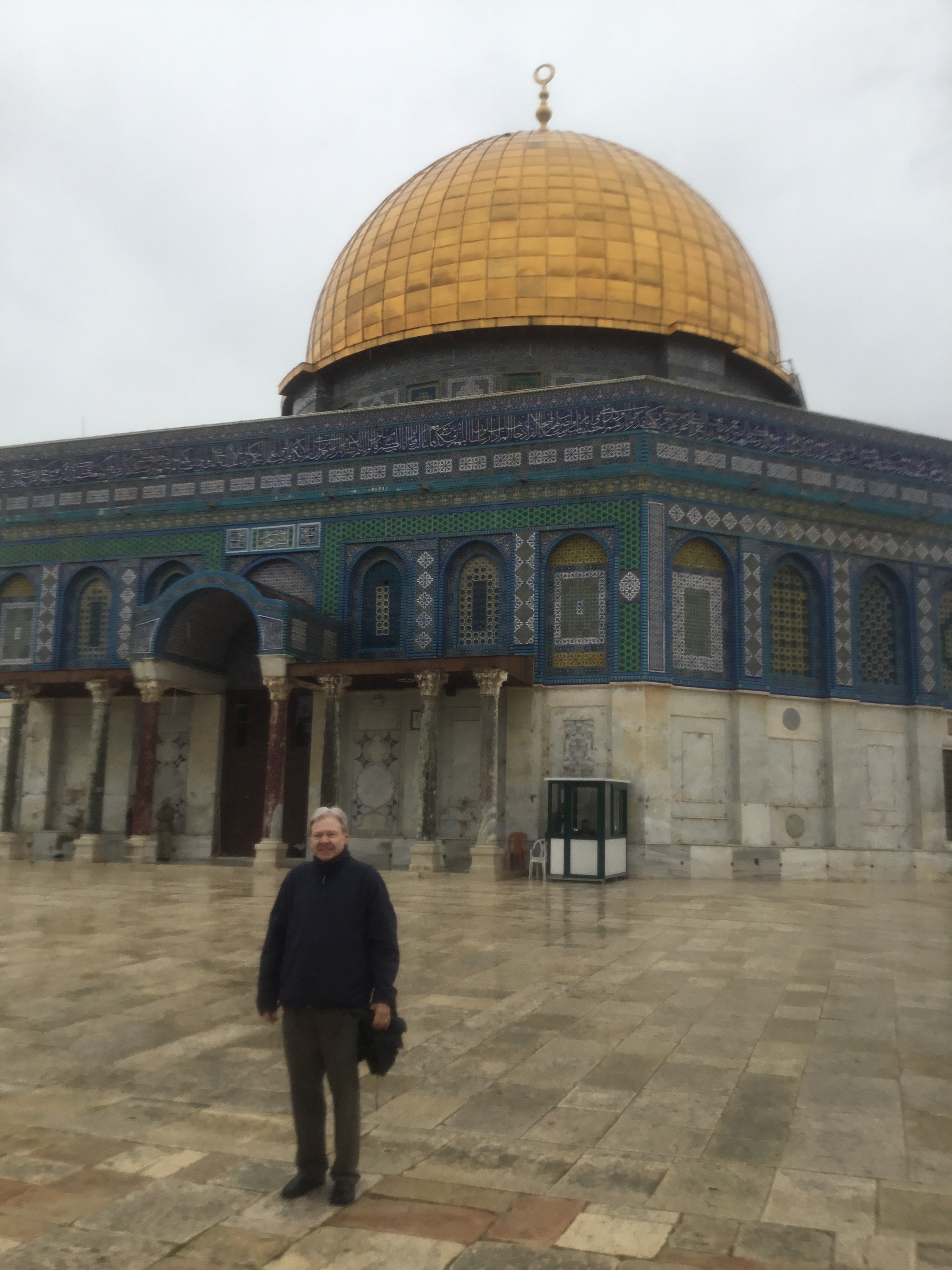 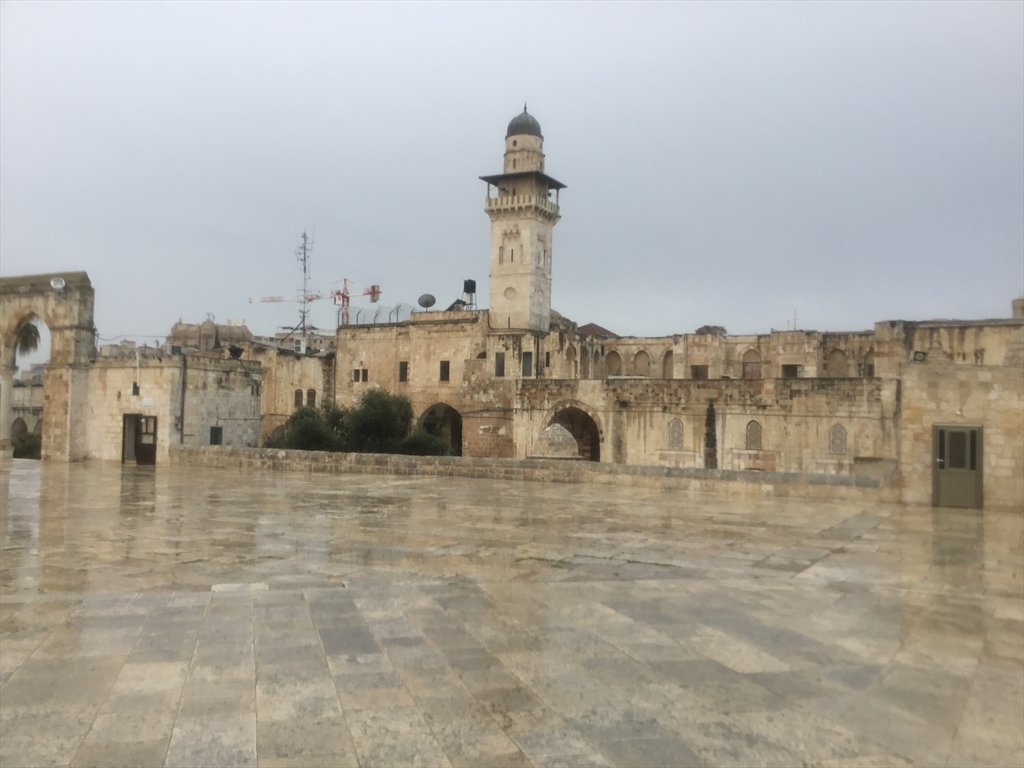 Months before my pilgrimage, I telephoned the president of our tour company to plan to have access to this site. The president, a great world traveler, had to take my call because I am the attorney for the Order of the Holy Sepulchre, and I had negotiated contracts with him.

The president would not allow our tour group to go up to the Temple Mount, because of risks involved, but he made arrangements for two of us to go up there with our Israeli tour guide, a Christian Arab, who speaks fluent Hebrew, Arabic and English, a PhD in archaeology and history, to be the guide for the two of us, the Head of our Order, and me.

We had to get up at 4:30 am. It was an incredible historical tour, but we could not enter the Dome of the Rock, an Islamic Mosque. Our tour guide had a conversation with the guard just outside of the Dome of the Rock that allowed us to view the magnificent chandelier inside.

While walking on the plaza, our guide showed us a beautiful view, even in the rain, of the Church of the Holy Sepulchre, which we visited on another day and which contains, most Christians believe, Golgotha, Calvary, and the Tomb of the Risen Lord.

During our trip, we also visited Petra in Jordan, a 4th-century BC trade capital that has been a UNESCO World Heritage Site since 1985. 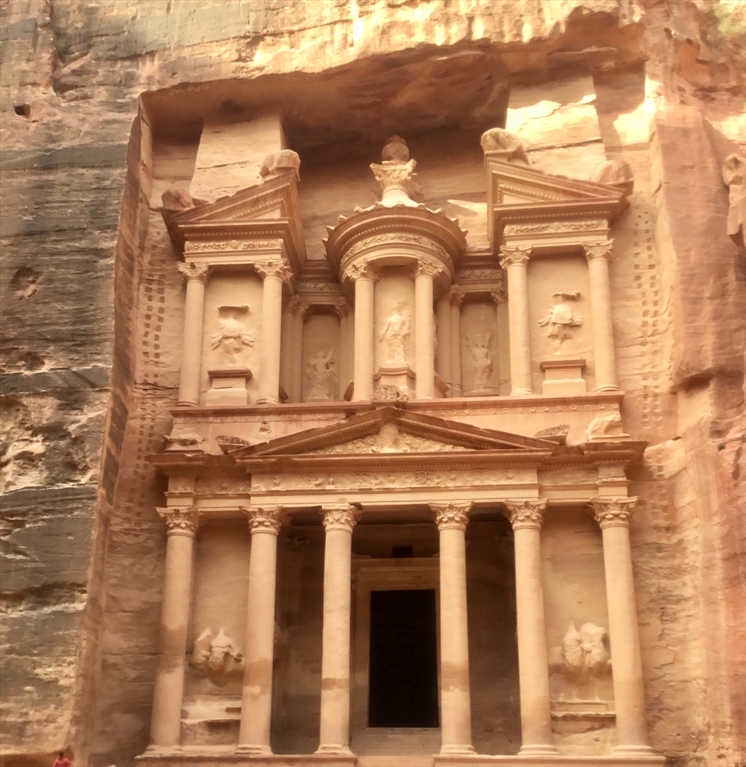