Make sure to read on to see Ben reflect on how Black History has influenced his career and how he thinks Black History should be taught and celebrated.

See the Senior Spotlight by Joe Hornett '76 at this link to learn more about Ben: https://ndsa.undgroup.org/news/14444

Tune in to the panel discussions hosted by the Black Alumni of ND this month at ba.undgroup.org 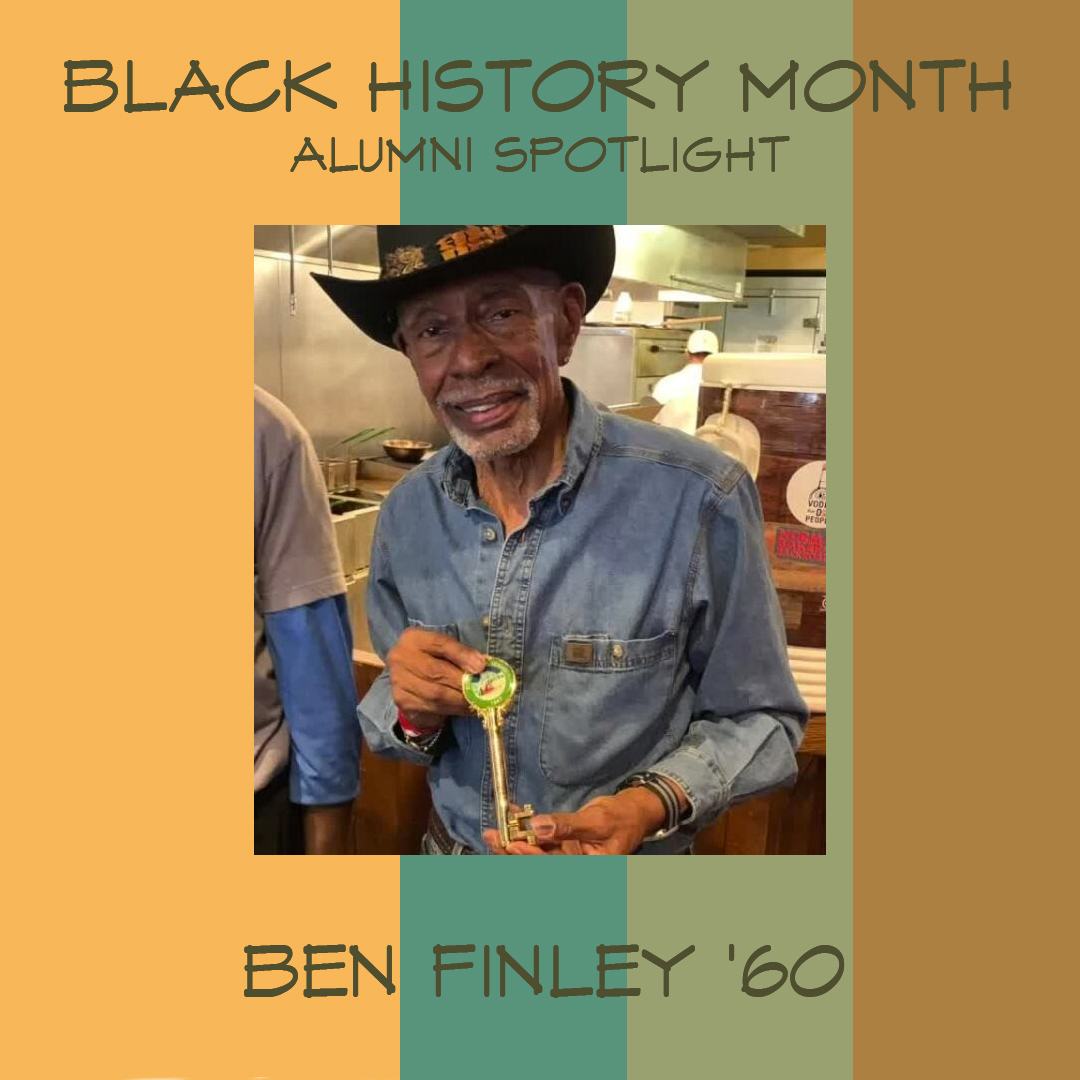 Can you tell us about a moment in black history that influenced your career?

Let’s position my response on the map of history. I was born in 1939, my paternal grandmother was a former slave
and her father was her mothers slave owner. In 1939, segregation was still the law South of the Mason Dixon Line
wherein Black folks were 2 nd class citizens who were not permitted to vote and where lynching was common place.

I was born and raised, in a middle-class family in New York City where segregation was much more covert than in
the South. Mom was a public-school teacher and dad a U.S. Customs Inspector. My K-8 th grade education took place
at Our Lady of Lourdes, a small well integrated (White, Black, Puerto Rican &amp; Irish) parish school in Harlem. And I
was really naïve when it came to what to expect relative to race relations. When it came to applying for high school
that, I now realize, race became a covert, hidden issue even within the Catholic School system. Even in 1952, one
had to take high school entrance exams and supply a headshot photo. I clearly remember having applied to Xavier
and Regis high schools, both College Preparatory and run by the Jesuits. I was denied admission to both even though
I’m sure I aced the entrance exam. I was however admitted to All Hallows High School in the South Bronx, also
College Prep but run by the Irish Christian Brothers. But even there, I was one of two Black kids in my class. I
naively applied to multiple colleges; never even considering that my race might be an issue. Fortunately, Notre
Dame admitted me and I arrived on campus to find that Fr. Ted had opened the door and that there were 4 Black
frosh in my class with a total of 25 of us in the undergrad and grad programs. Bottom line - I now realize that in my
entire high school, college and post grad education I was an experiment in integration.

Career wise, I graduated from ND in 1960 with a BS in Electrical Engineering and went to work in the Aerospace
Industry developing weapons systems for the military. In 1960, John F Kennedy was elected President and in 1961
he issued Executive Order (E.O.) 10925 which demanded Affirmative Action be put in place on all Federal contacts.
Executive Order (E.O.) 10925 is the moment in black history that most influenced my career as it forced
federal contractors to give Black folks a seat at the table. Prior to Affirmative Action, vast numbers of Black college
graduates ended up working in the U.S. Post Office. Notre Dame’s first Black graduate was Frazier Thompson ’47.
Frazier graduated with a BS in Science, PreProfessional but was unable to land a spot in medical school and had to
go to work in the Post Office. Affirmative Action allowed him to eventually find a career as a Test Engineer
working on the space suits for our NASA Astronauts. The movie “Hidden Figures” is a revealing film that depicts
the experience of Black college grads working for NASA, South of the Mason Dixon Line, in the early 60’s post
Affirmative Action. Check it out. Throughout, my entire career, I was generally the only Black in the room.

How do you think Black History Month should be taught and celebrated?

Effectively teaching and celebrating Black History month is a function of the demographic being addressed.
Therefore, since the question has been posed by NDCLA, I’m going to take the liberty of posting this response to
college educated white folks. It is my personal belief that the majority of this group has zero interest in learning
about Black history; much less celebrating same. Any inquisitiveness or deep thought about Black history
immediately requires a personal examination of one’s personal conscience relative to race/racism. And who wants to
go to confession? On the other hand, since George Floyd’s death, the multi-racial make-up of the Black Lives
Matter protests, the Presidential election, the recent Capitol insurgency and the COVID-19 pandemic have forced
the questions of race/racism onto our TV screens and thus into our everyday lives – like it or not. So, in this current
environment. I suggest that we all (black, white, green or purple) might take this opportunity to do some self-
reflection to explore questions like: What are my beliefs relative to race? What shaped these beliefs? Are these
beliefs stereotypical? What have been my opportunities to relate to people of another color? Do I work with people
of another color? What are my feelings about this group? Do I have friends of another color? This self-reflection just
might result in one answering the question - am I racist? And then possibly taking steps to address this belief.