He had a heart issue and took exercise walks.  As we passed the Library which bore the name of Fr. Hesburgh, he pointed to the Athletic and Convocation Center which now bore his name and said “I’d like to see somebody build these buildings for $10 million today.”  He was avery modest man, but this was a rare show of pride about ND being able to build these two fine facilities.  He went on to say that when he and Fr. Ted assumed their roles in 1952, the Notre Dame Endowment was not in any list of college endowments.

Here is where we rank today, according to an internet source. 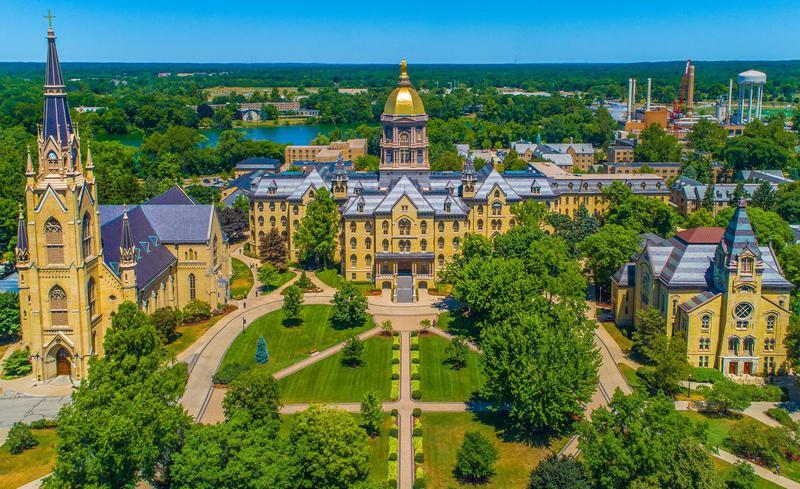 Notre Dame is a private Catholic university founded in 1842, on land donated by the school’s first benefactor, a former Catholic bishop.  More than half its students go abroad for at least a semester to study; Notre Dame ranks in the top ten of schools whose students study overseas. The concept of public service plays a key role in the education.

Notre Dame is well known for its business, law and architecture schools. U.S. News & World Report ranks the University of Notre Dame No. 18 among national universities.