Professor Ghada Bualuan teaches Arabic language, culture, and literature at Notre Dame. A prolific writer and novelist, she believes in the incredible power of stories that help us find common ground and understand one another. Read on to learn why she wakes up every morning loving her job and motivated to become an even better teacher.

You’ve focused on Arabic studies throughout your career. Did you always know that was what you wanted to do?

Looking back, I never knew what I wanted to do, but I know now that this is the right thing for me. Teaching is my passion. I swear, I wake up every morning feeling so lucky because I love my job. As an Arab woman in the United States, it’s so meaningful that I’m teaching my language, my literature, and my culture here. I also believe this is a job with an impact and so I feel very fulfilled. We need Arabic studies on campus, in the Midwest, and in the United States in general.

Before I was teaching, I was a Certified Public Accountant in Beirut, making a lot of money, but it was never meaningful to me like my work is now. I did not feel as connected to others as I do now. Teaching Arabic is beautiful, not only because it’s a beautiful language, but because it really helps students bridge gaps between themselves and other parts of the world, so they can feel connected to other people from different cultures. We need that. The world needs that. I know this is cliche, but it’s really true. With all the craziness that’s going on in the Middle East and everything here in the United States, it’s really important. 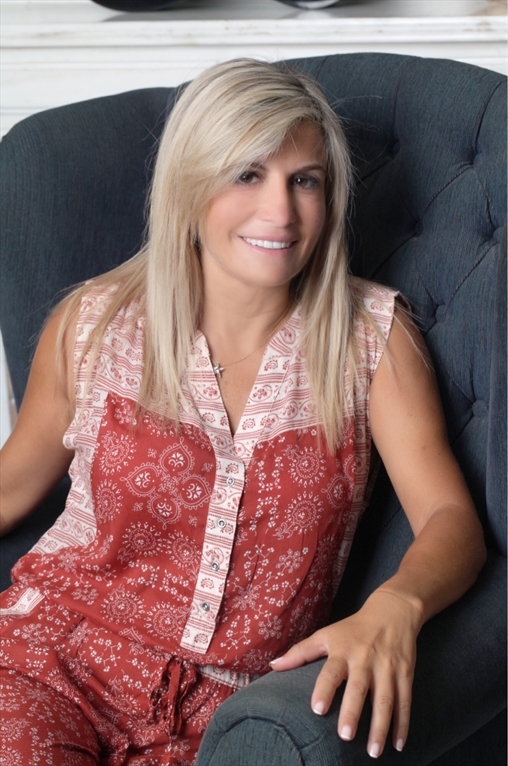 You spent time as translator/interpreter. What are some of the most important skills and lessons you learned from that work?

Translation helped me to reach a greater level of English fluency. Working as an interpreter really improved my listening skills. I needed to listen carefully to understand Arabic people from different countries and different dialects. Every job is important, but in that one I felt a lot of responsibility. Most of the people I was helping were immigrants and sometimes refugees. They were at a disadvantage not knowing English. I still do some translation and interpreting as volunteer work, offering services to people meeting with their doctors, lawyers, and government offices.

People often contact Notre Dame when they need Arabic translation or interpretation assistance, and I’ve also worked with the Robinson Center in South Bend. At one point I offered a special class to train my students in translation and interpretation, so they could help families in the area. Some of my students went and listened to the stories that immigrant families told in Arabic, and translated those stories so the family’s children could share the stories with English speaking friends. They also read classic American stories to the parents in Arabic so the parents could understand American culture. The children get so much exposure to American culture at school, but the parents don’t always have that same opportunity.

You've published textbooks, articles, conference papers and an Arabic novel! What publication do you view as your most important work?

I always knew that I wanted to write and I was always interested in Arabic literature. My mom is an amateur poet and her great knowledge of classic Arab poetry really influenced me.  I’m not sure which of my works is most important, but my Arabic novel is my most personal work. It is autobiographical and I mix facts and fiction, telling some real stories from my own life. It is now being translated to English. I’m also very proud I published a textbook on Arabian Nights. I worked very hard on that project and it led to me being promoted here at Notre Dame.

Unfortunately, many people are only presented with one dimension of Arabic and that is often negative stereotypes about Arabic speaking people. I do believe that I can promote intercultural understanding through my teaching. However, I can also promote that understanding just as a human, and as an individual United States citizen first and foremost. There is a Lebanese author named Amin Maalouf whose quotes I love. He says, “The more an immigrant feels that his own culture is respected, the more open he will be to the culture of the host country." I am an ambassador for my culture. I really try to talk with people; I ask them questions, and encourage them to ask me questions. I do the same in my classes, always talking about Arabic culture, traditions, customs, and asking students to talk about American culture from their perspective. As a writer I never underestimate the power of a story, so I make an effort to exchange stories with my students. That is how we can grow closer, bridge gaps, and find commonalities. 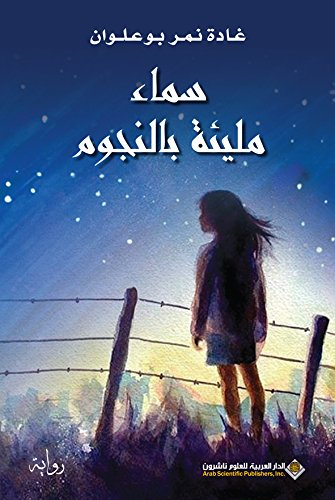 About six years ago I was invited to a conference where the Director of the CIA wanted to reach out to people who teach less commonly taught languages like Arabic and Russian. At the event, the Director said that the government used to encourage people to study Chinese so we could compete with China in the market, and to study Arabic so we could catch Bin Laden and fight terrorism. He said that now the approach has changed, and the government wants students to study Chinese to do business with China, and study Arabic to understand the world and its people. It is an evolution. People see the need to understand the Arab world and this is where the impact of my work is. Instead of learning a language to fight terrorism, we are learning the language to understand people and to prevent wars.

What difficulties have you faced in addressing misconceptions?

People fear what they don’t know. With everything that is going on in the media and with the wars in the Middle East, it can be difficult to correct stereotypes. Sometimes it is hard because some students come with their own prejudices. Maybe I also had prejudice coming to the United States as a Lebanese woman. Maybe that is our human nature. Sometimes overcoming that takes a community.

It is important to have outlets where people can gather to talk, exchange culture, ask questions, and share stories. I started something called Arabic Culture night to create that sort of outlet. Students came together to sing, dance, and read in Arabic and we invited members of the community. We are all really similar, and when we realize that, we are less afraid. We don’t have to be Arab to love Arab people and we don’t have to convert to Islam to accept Muslims. We just have to know about them. With knowledge comes love and respect, without comprising our identity or feeling threatened.

This fall marks your 10th anniversary with the university. What are the main themes and lessons you hope students take away from your classes?

Respect is the bottom line. I cultivate respect in my classes. I really care about my job and about teaching Arabic. That in itself is a great lesson for my students. We have a really small program here and Arabic is a challenging language, so we have a small pool of students. If someone comes to study Arabic, I know they are serious and they must have a passion for this language. I challenge them to pursue their passion and believe in themselves. We are very proud of our program. Two years ago, the Valedictorian was an Arabic major, and every other year we have students from our department nominated to be Valedictorian.

In 2016, you were awarded the Joyce Award for Excellence in Undergraduate Teaching. Who are some of your mentors and inspirations inside and outside of Notre Dame that have helped you become the teacher you are today?

Inside Notre Dame it’s Professor Joe Amar. He started the Arabic program and was the one who recruited me. Joe was a role model to me when I moved here. He believed in me and had so much trust and confidence in my abilities. It was my first experience teaching here in the United States and Joe was willing to share his knowledge, skills, and expertise. He cared about me like I care about my students, and in doing that he challenged and motivated me. I always wanted to prove to him that he made the right choice in hiring me. He makes me want to be a better teacher year after year.

My mentor and inspiration outside of Notre Dame is my social sciences teacher from elementary school. His name was Toufic Boudehn, and he was inspirational to not just me but many others, and truly legendary. He was also the advisor of the drama club and he helped me develop confidence, which is why I think I became a teacher. I don't remember what he taught me in social studies, what I remember is that he cared about being a good teacher and ingrained that in me.

Thank you to Professor Ghada Bualuan for taking the time to share your experiences with us and for your dedicated service!

As we continue our campus conversations, we encourage you to tell us who we should talk to. Do you know a woman on campus who has a story to tell? She can be a professor or pianist, coach or chemist, administrator or athlete. We hope you'll help us seek out more Notre Dame women who can share a bit about their lives, so we can all continue to learn from each other. Click here to make a suggestion.