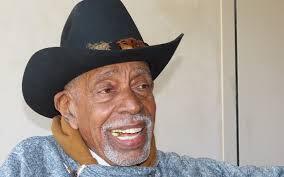 It would be a safe bet to assume that every senior alumnus has been asked at least once in their lifetime, “What led to you apply to the University of Notre Dame?”  Or maybe, “Why did you choose to attend the University of Notre Dame?”  The answer to either one of those questions may produce several categories of commonality, but there are certainly answers that unlock other stories that are as varied and telling as all of the men and women students who have ever basked in the glow of Our Lady atop the Dome.  That is certainly true for Ben Finley ’60.

Finley grew up in Harlem where he was active in Scouting and attended All Hallows High School, a parochial school run by Irish Catholic Brothers.  One of the requirements of All Hallows was that students had to apply to at least two Catholic institutions of higher education.  At this point in life, there was only one thing that Finley was sure of…he wanted to be an engineer.  The “where” was not nearly as important, but he did apply to the obligatory two Catholic colleges, one of which was Notre Dame.

As Finley likes to tell it, this application in turn led to a significant decision point when he was accepted at Notre Dame in addition to every other college that he applied to.  Eventually, he carefully narrowed his choices down to Notre Dame and the University of Colorado.  But when it came down to final selection, Finley sought the counsel of someone much more qualified to weigh in on such an important matter, “I asked my girlfriend at the time where I should go.  She told me that I should go to Notre Dame because she would rather tell her friends I was there instead of the University of Colorado.  So I went to Notre Dame.”

With laughter in his voice Finley asks, “This was maybe the biggest decision of my young life at that time and I turned it over to my girlfriend…can you believe that?  But I’m glad I listened.”

With confidence grounded in the scientific origins of his college selection, Finley arrived at Notre Dame in the fall of 1956 where the only thing he really knew about the place came from watching “Knute Rockne All American.”  One of the realities that he immediately recognized was that Notre Dame was not a diverse institution.  As Finley recalls, “I believe there were only twenty blacks on campus at the time and that included the graduate students.”

He describes his Notre Dame education succinctly, “It was a bitch…extremely challenging.  It was a good education, but I was not prepared for labs on Saturday mornings or the unreasonably difficult math courses applicable to the engineering discipline.  Without the help of fellow students, I don’t know if I would have made it through.”

As for social life, Finley and his other black counterparts enjoyed typical Notre Dame on-campus activities.  But when it came to dating he states, “Essentially we were on our own and had to forge ties in the South Bend community with African American families and their teenage daughters along with Saint Mary’s girls living at home.”

Finley also recalls the backdrop to his Notre Dame years, “Eisenhower was in the White House.  Father Ted was the president of Notre Dame.  And the civil rights movement was in its infancy, but growing.”  This is also where he likes to interject, “You should know that Father Ted is my second hero.  My Scoutmaster is my first.”

Ben Finley graduated from Notre Dame in 1960 with a BS degree in Electrical Engineering.  With diploma  in hand, Finley went to California and began a notable career where he can point to contributions associated with the Apollo space program and laser-guided weaponry like the Hellfire missile unveiled during Operation Desert Storm.  He gives Notre Dame a great deal of credit for his success, “I was the recipient of a fantastic education and my experiences there prepared me to make my mark when I was often the only black man in the room.”

While navigating the aerospace industry, fate and another girlfriend entered Finley’s life.  The year was 1962 and he and his girlfriend went on a camping trip to Yosemite National Park.  On their way home, the girlfriend suggested that they make a stop at the Badger Pass Ski Area to have a few drinks and watch the skiers crisscross the slopes.  Observation soon led the girlfriend to tell Ben that she wanted them to go skiing.  Finley wanted no part of this activity so he responded with a challenge, “I will take ski lessons only after you take scuba lessons and obtain a dive certification.” He was the head of the Rockwell International Dive Club and a Master Diver at the time.  Many weeks later the couple was back at Badger Pass as Finley took his first ski lessons.  With persistence and the will to overcome his share of spills, he eventually became an accomplished skier and fell in love with yet another sport with a noticeable absence of Black participation.

In 1964 Finley moved back to New York in order to attend graduate school (MS in Electrical Engineering from New York University).  Even though he was now far away from the mountains that ignited his passion for skiing, he found a way to stay connected with the sport. It was here that he met Dick Martin, a man who owned a ski shop in Harlem and was the organizer of a ski club called 4 Seasons.  The club routinely organized trips to the ski areas found in upper New York.  Through 4 Seasons, Finley found a friend and mentor in Dick Martin in addition to a cost effective way of honing his skills on the slopes through repeated road trips with the club.

When he finished with grad school, Finley once again headed for the west coast and the aerospace industry.  But a seed had been planted…a seed that said Finley needed to build something.  The building began with the formation of the 4 Seasons West Ski Club in Los Angeles, the first predominantly African American ski club west of the Rocky Mountains.  The first ski trip took place during January 1996 and grew from there.  Finley served as president of the organization from 1966 through 1987.  According to Finley this is where he realized, “The Lord put me on earth to change people’s lives.”

As the 4 Seasons West Ski Club flourished, Ben Finley, was introduced to kindred spirit, Art Clay, in 1972.  Clay was the trip director for the Sno-Gophers Ski Club in Chicago.  Together, the two men began to dream about a convergence or meeting of black ski clubs… a happening (the original name of the event)…that formally became known as the Black Summit.  The vision of Finley and Clay became reality when the Black Summit was held in Aspen, Colorado during 1973 drawing 13 ski clubs from around the country to spend a week on the slopes and discuss plans for the future.

Finley recalls that first gathering and the tension that was brewing behind the scenes, “Shortly before the Summit, we learned that the Colorado National Guard had been quietly put on standby just in case there was any trouble.  But there was no trouble and all involved had a helluva good time!”

It was a good time, but there were also serious discussions about next steps…the formation of a national organization.  The National Brotherhood of Skiers (NBS) was officially incorporated as a nonprofit organization in Illinois in 1975 with 13 founding ski clubs that stretched from coast to coast.  In the beginning the organization focused on two primary missions:  first, to introduce African Americans to winter sports, and second, to identify and fund talented young black athletes with the potential to land a spot on the U.S. Olympic Ski Team.  In terms of the first mission NBS has been extraordinarily successful growing from the original 13 clubs to an organization that now encompasses 55 clubs from 43 different cities and boasting a membership of approximately 3,500 people.  NBS has not landed the Olympic Team spot as of yet, but it gets closer every year.

This past year Ben Finley and Art Clay were nominated and inducted into the U.S. National Ski and Snowboard Hall of Fame.  Their nomination and selection cited, “…an acknowledgement of their impact on the ski riding industry by literally drafting thousands of individuals to the sport while simultaneously expanding the pool of talented American athletes seeking berths on the United States Winter Olympic Teams.  While in Sun Valley, Idaho for the induction and annual Summit, Finley was presented with a key to the city by fellow Domer, Mayor Peter Hendricks ’65.  The Hall of Fame induction seemed to be a tangible sign that Finley had indeed done something, “to change people’s lives.”

However, this recognition came with an unexpected price.  Finley, along with at least 125 other attendees at the annual Summit, were infected with COVID-19.  At the age of 81, this virus was no

small matter for Finley.  At the onset of symptoms he was taken to the emergency room at UCLA Hospital.  After six days of treatment Finley was released and finished recuperating at home.  When asked how he was now feeling he replied in an upbeat manner, “I would say I’m about a nine out of ten.”

Finley loves to talk about the NBS and the more than four decades that he has spent nurturing its growth and the sport of skiing.  He is equally proud of another effort at Notre Dame.  Twenty-five years after graduating from Our Lady’s University, he was invited back by Father Ted Hesburgh as one of 25 black alumni to participate in a series of meetings over three days to assist Notre Dame in the recruitment and retention of black students.  At the conclusion of those three days, the participating alumni presented a list of seven recommendations.  Finley remembers, “One year later, six of the seven items on that list had been accomplished.  And that as much as anything is why Father Ted is on my Heroes List.  He was a doer.”

One of the recommendations on that list was that the Black Alumni of Notre Dame should be established as a committee of the Alumni Association.  Finley was one of the original founders of Black Alumni at ND and served as its first chairperson.  In 2000, he was presented with the William D. Reynolds Award of the Alumni Association.  That award recognizes an alumnus, “doing or has done exceptional work with youth for the betterment of their quality of life.”  For Finley, that work is the active mentoring and support of more than 150 youths.  One more way the he has used his time, “to change people’s lives.”

When you talk to Ben Finley a number of things quickly become apparent during the conversation.  He is an adventurer by nature, and the adventure is far from over pointing out, “I’m a sailing master and still have my eyes on a boat trip to the Greek Isles or maybe Thailand.”  It is equally clear that he loves Notre Dame.  Look through the numerous pictures that have been published of him and you are likely to find some type of Notre Dame cap on his head as he flies down a snowy slope.  His Notre Dame experience must have been a good one because son Ben graduated in 1992 and son Micah is slated to graduate in 2023.

Ben Finley lives with his wife Andi in California where the adventure and impact of his life continues.  Engineer.  Dreamer.  Builder.  Domer.

A Season with the Saints--On Line Mini Course