Two ND women were elected to prominent roles in the Michigan State Legislature. Christine Greig '85 was elected to her third term as State Representative for District 37 and was also elected by her Democratic colleagues to serve as the House Democratic Leader. She is only the 2nd women to hold this position. Mallory McMorrow '08 was elected to the State Senate to represent Senate District 12 in Oakland County.

Christina Dunn ’07 has launched DressStrong, whose signature product was born after a windy evening, an outdoor barbecue, and a Marilyn Monroe moment. With the help of her brother-in-law and former ND Classmate Peter McCullough, Dunn created a reusable, recyclable steel dress weight. Read more about her story here or @DressWeights.

Local Alumnae Activities. Here's a small sample of the many events  that took place throughout the late fall and early winter. 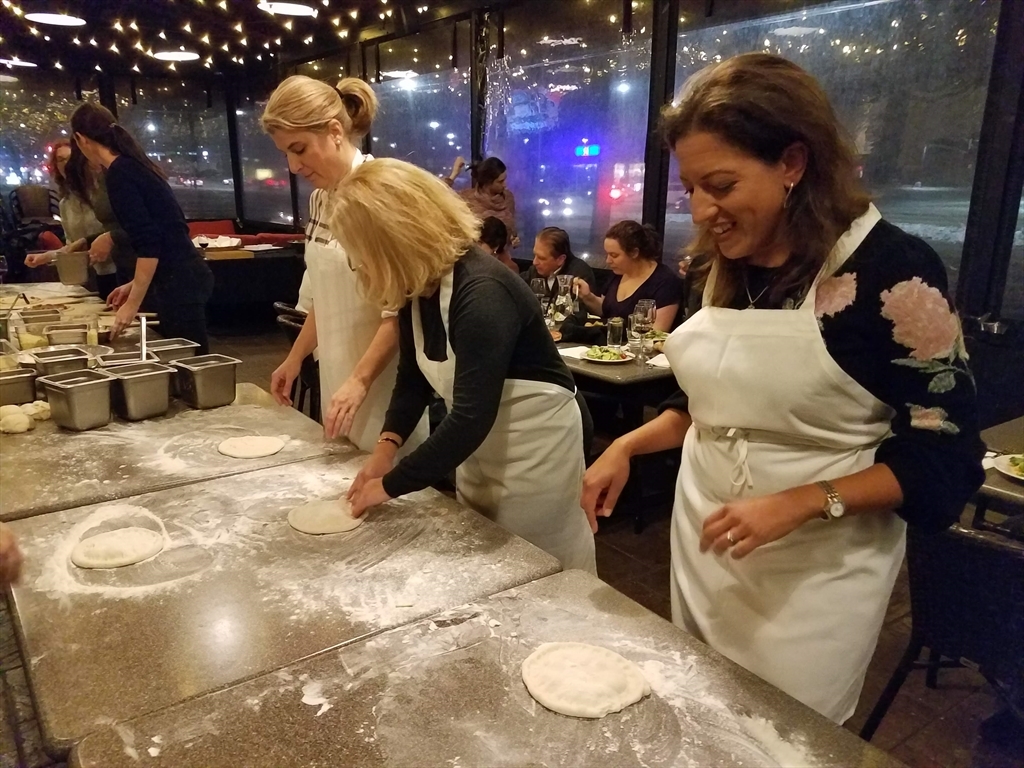 The women of NDWC Detroit enjoyed an evening expanding their culinary skills.

Send pictures of your events to your NDWC Regional Director and see them featured here in upcoming newsletters.

Congratulations to Our Outstanding Alumnae, Faculty, and Female Students. We're proud of your many accomplishments! Cheers to:

Do you know an ND woman who should be on this list? Let us know!

Get to Know Our Local Groups: 5 Questions with Greater Sarasota