The Power of “What If”: Applying an Overactive Imagination to Writing Humor 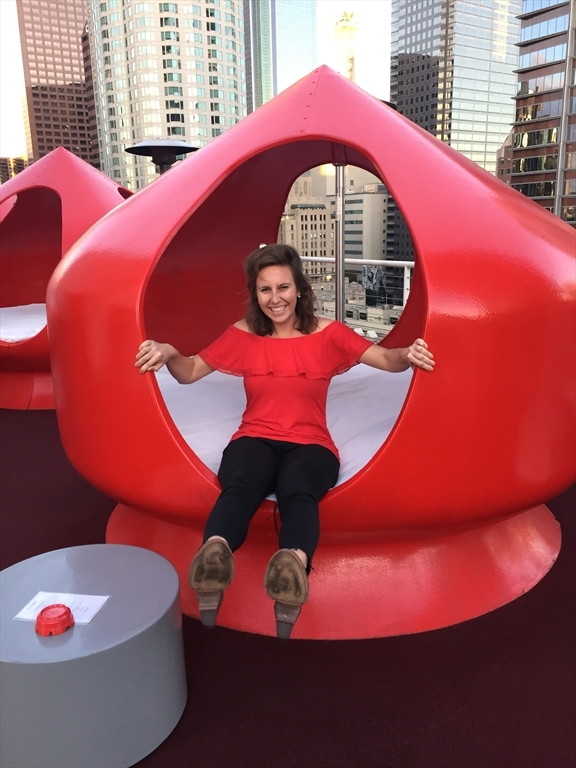 The words “what if” can be a ladder into the seemingly limitless possibilities of the imagination, to fanciful lands where chocolate grows on trees and girls swell to the size of blueberries, or they can be a chute into anxiety and rumination. As someone whose mind is always churning, spinning up fanciful scenarios both good and bad, I’m all too aware of the power of “what if.” These two words can exacerbate worried and fearful thoughts: what if none of these people like me, what if I’ll never succeed at the career I’ve chosen, what if I end up alone. I’m also likely to spin out in positive, if similarly far-fetched, directions with these two words, though the negative rumination is more adept at lodging itself within my consciousness.

As a writer of essays and fiction and humor pieces, this tendency can be helpful—especially when it comes to the humor pieces. Some humor pieces I write are borne from outrage over perceived hypocrisy or social injustice; these hew more towards satire than humor. Others are borne from “what if”: what if someone actually hired the Boxcar Children to solve their mystery, and what if it was a really dumb one? What if Gilligan’s Island was a reality TV show the whole time, and that’s why the castaways could never get off the island? A “what if” idea such as these rarely pops into my mind fully formed, but rather gets teased out, usually in a Google doc or a draft in my inbox, through successive headlines as I try to nail down the conceit of a particular piece. In this way, I’ve found a healthier outlet for the strange and sometimes unhelpful leaps my mind makes, all the “what ifs” that flood into my headspace on a daily basis.

During my sophomore year at Notre Dame, I stumbled into the position of humor editor of Scholastic. I had attempted trying to be funny through writing growing up, with fake newspaper articles I wrote for my grandfather’s birthday every year. At Scholastic, I was writing for a slightly larger audience than five family members, but an audience that still had its own shared experiences and in jokes. The dozen or so humor pieces I wrote for Scholastic while at Notre Dame trafficked heavily in the obvious stereotypes one might expect—eating frozen yogurt in the dining hall, business majors not knowing where the library was. They weren’t meant to shock or provoke, or to push the bounds of the imagination. They weren’t “what if” pieces so much as pieces that identified and poked very gentle fun at these shared experiences.

When I was two years out of college, I quit my non-writing job in LA to freelance, write a novel, and apply to grad school. Around the same time, I discovered the website McSweeney’s Internet Tendency, and immediately fell in love. McSweeney’s publishes new humor pieces every day, ranging from more straightforward political satire to the truly zany and weird. I started submitting to McSweeney’s in the summer of 2014. As rejection after rejection piled up, I continued to read the site regularly, wondering what I was doing wrong and how I could start doing it right. That same summer, I took a short story I’d written as a ten-year-old and imagined it getting workshopped in a graduate writing class of the kind I was about to join, with students giving it especially harsh and often ridiculous feedback. The piece ended up being a few thousand words in total. I submitted it to Shouts & Murmurs, the humor section of the New Yorker—despite the fact that almost no humor pieces in Shouts & Murmurs or McSweeney’s ever exceeds 1,000 words. Needless to say, it wasn’t accepted.

In February 2017, ten rejections and two-and-a-half years after I’d first started submitting to McSweeney’s, I woke up to an email acceptance of a “what if” piece I’d written about the Boxcar Children. I can’t think of many feelings more exhilarating than validation for persevering in the face of rejection—and I’ve continued persevering ever since, with another dozen or so rejections from McSweeney’s since the publication of that piece.

While I was working on improving my craft and collecting rejections, I started posting humor pieces on Medium. I found other humor writers I admired, and connected with them on Medium and Twitter—and with a few other Bay Area-based writers, in real life. When one of these humor writers had a piece published online in Shouts & Murmurs this spring, I was surprised and impressed. Getting a humor piece into the New Yorker still seemed like a pipe dream, the type of thing that doesn’t actually happen to you or anyone you know. I asked my friend if he wouldn’t mind putting me in touch with the editor, and he was kind enough to do so. I sent her a piece I’d been working on for a few weeks, a “what if” piece about Gilligan’s Island.

When I saw an email from her in my inbox two weeks later, I opened it fully expecting the standard “this wasn’t right for us” rejection language, and was floored to find an acceptance. The piece was published this August, a testament to the power of perseverance and community, and to the possibilities that open themselves if you’re willing to ask the question “what if?”