Alumnae Voices: Are You Dense? 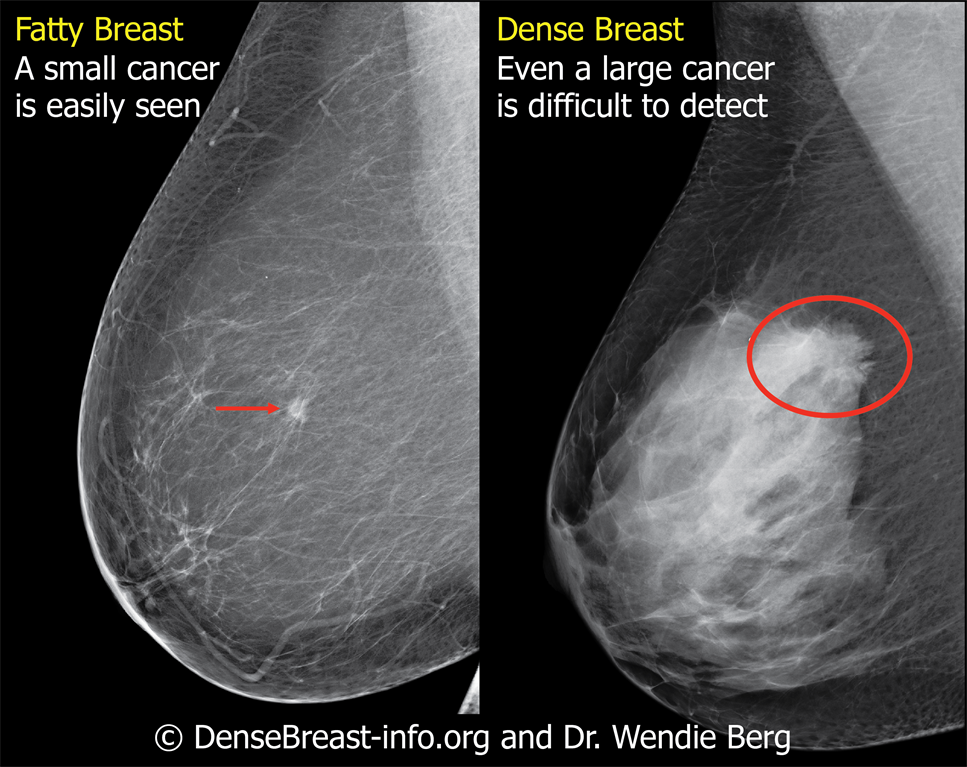 Are you DENSE? Each of us must be able to answer this important question regarding our breast tissue. Since the early 1970s, medical professionals have known that tissue density obscures cancer of the breast.  More recently, research has also shown that increased density is an independent risk factor for breast cancer.  So, are you DENSE?  How DENSE are you?

On September 8, 2016, I did a self-breast exam.  I did not do them consistently and was surprised to feel a lump on the outside of my left breast.  I didn’t feel anything else so I was tempted to just blow it off, but instead I informed my husband and we decided to check again in a few days.  I checked again and it was still there, so I called and was able to get in for a mammogram the next day.  After the mammogram, I had an ultrasound — protocol if a patient finds a lump.  The radiologist came in afterwards and told me that there was indeed a mass, which required a biopsy and another mammogram as well.  When I returned to the same mammogram tech, she asked if they had found anything on the ultrasound.  She seemed surprised when I said, “Yes.”  I recall thinking, “Didn’t she see it there on the mammogram?”

My biopsy was 3 days later and, then, on September 19, I was called with news of my diagnosis – stage 2b Invasive Ductal Carcinoma.  My lump was 2.4 cm and had gone into the lymph node that was also biopsied.  Two days later, we met with my surgeon and the first thing he said was that the cancer had been growing in me for about 18 months.  To which I replied, “but I had 3 mammograms in the last 18 months!?”  He stated that I had dense breast tissue and that it makes finding cancer much harder.  Those 3 earlier mammograms had been done to check on some areas of calcifications, which were also biopsied and were DCIS (Ductal Carcinoma In Situ, basically Stage 0 cancer).  So, the radiologists were watching these little areas and missing the big 2.4cm tumor that was “hiding” in my density!

At that point, I couldn’t really think about the “Why’s," "How’s," or anything along those lines. I just wanted to get going on treatment so that I could get done with it.  On September 30, 22 days after finding my lump, I began my 5 months of chemo, followed by a lumpectomy and 36 radiation treatments.

In December 2016, in the middle of my 20 weeks of chemo, I met Bridget Pargulski, a fellow breast cancer survivor whose two tumors were missed for 5 years due to breast density.  She mentioned lobbying at the Iowa State Capitol for legislation to inform women if their mammograms show dense breast tissue.  So, in January, bold and bald, I began lobbying with Bridget and Dr. Robert Shreck, a retired oncologist. 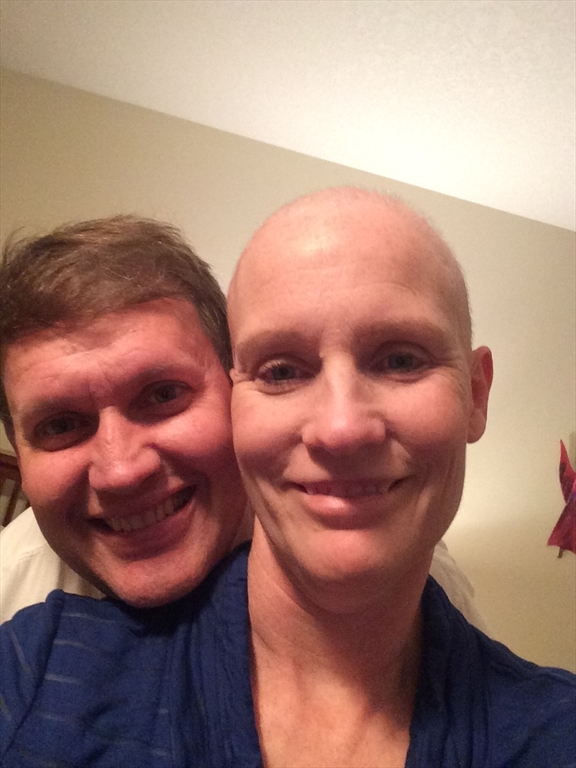 One question that I was asked and really struck a chord with me was “Do you think that telling women about their breast density will instill fear in them?”  I replied that it is information that women deserve to know so that they are empowered to take care of themselves and to be able to make informed health care decisions.  Well, Dr. Shreck and Bridget had been working for 5 years already and I just came in at the right time because it passed and Governor Branstad signed it into law on April 13, 2017.  Iowa was the 29th state to pass a breast density inform law.

I am now working to make sure women realize that we are should be getting more information on our reports.  Usually the letter begins with, “We are pleased to inform you that your mammogram appears NORMAL.”  At that point, we cannot stop reading.  Because of these new laws, our reports should go on to tell us the level of density in our breast tissue.  Then, fully informed, we can be empowered to discuss our individual case with our personal doctor to determine the next step.

Also, you may need to advocate for yourself.  If you have extremely dense tissue (D), you should investigate supplemental imaging, especially if you have any other risk factors.  If you have heterogeneously dense tissue (C), and other risk factors, also consider supplemental imaging.  Supplemental imaging includes whole breast ultrasound and breast MRI.  Some places have automated whole breast ultrasound (ABUS) and/or abbreviated breast MRI.  Insurance may need some convincing by your primary care provider (letter of medical necessity) but especially with extremely dense tissue, your lifetime risk of breast cancer is near the 20% threshold that they look for coverage.  We must advocate for ourselves.

Above and beyond everything else, know what your breasts feel and look like normally and watch for changes. Regardless of when your last mammogram was and what it showed, if there is any change, get more imaging done.  For further information, go to DenseBreast-Info.Org, a medically sourced, comprehensive site for both patients and health professionals.