Alumnae Voices: How to Talk to Kids about Racism 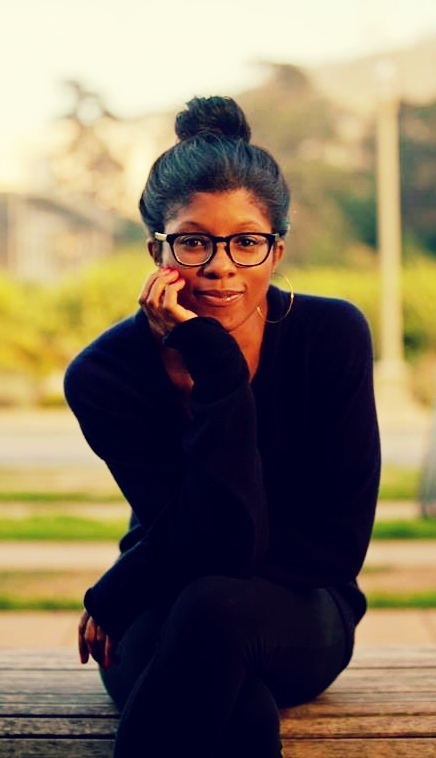 In the few years since the 2016 presidential election, Americans have been thrust into a national conversation about belonging. At the center are a set of old fears and new policies that are igniting a fierce public debate about who is worthy of calling America home and feeling safe within, and near, our borders. As millions of Americans engage in a public discourse that will shape political outcomes for future generations, parents may also find themselves exploring their values, visions for their children, and hopes for their children’s classmates.

For some, these discussions may evoke unsettling and painful emotions. For others, new policies may expose them to increased public vulnerability, displacement, or even violence. As a pediatrician who works at the intersection of children’s and communities’ clinical, developmental, and social needs, I think a lot about how families, communities, and institutions have these conversations. At times like these, it may be helpful for parents to consider how to approach a topic that is as oft-used as it is misunderstood – racism.

What are we talking about when we talk to our children about racism?

And how do parents start the conversation?

When we talk to kids about racism, we are primarily talking about 3 things:

First, we are talking about history – things that happened in the past that are important to understand what is happening now and why it matters.

To illustrate the history of racism in America, some parents may find it helpful to review age-appropriate details. For example, teenagers may have knowledge of historical events like slavery and the civil rights movement. Starting with what they know, consider extending the conversation to other demonstrations of institutional racism like government-sanctioned red-lining practices that lowered home values for non-white families, particularly African Americans, and contributed to residential segregation and current racial wealth disparities in America. Or examine the implications of Japanese internment camps during WWII that used race and nationality to deny Japanese Americans their civil liberties. These events and the history they represent are the embers of old fires still kindling in our present and the more we understand them, the more we are equipped to recognize their reemergence.

Second, we are talking about feelings – the prejudiced assumptions and ideas about others based on race. When stated aloud, as a part of targeted comments or unintentionally as a part of repeated narratives, prejudiced feelings can result in trauma, stress, and anxiety for the people who become the butt of a hurtful joke or the demeaned character in a story. These types of one-on-one interactions highlight episodes of personally-mediated racism.
To help kids identify prejudice and its form of racism, parents may use children’s books to share helpful lessons (here are 14 children’s picture books exploring race and racism and take a look at best selling children's books about prejudice & racism).

Third, and perhaps most importantly, we are talking about actions – everyday choices, big and small, to treat people differently because of their race. This is called discrimination and it is powerful because it not only hurts people’s feelings, it can also make them sick.

Simply put, racism is about exclusion and harms. That exclusion can happen at the lunch table just as much as it can happen through laws. And the resultant harms can range from emotions like embarrassment, humiliation, and shame to physical violence, psychological stress, poverty, and disease.

As kids come home crying or with troubling stories of what they’ve seen or heard, resist the urge to dismiss their emotions with avoidance or denial. Instead consider these helpful tips:

DON’T tell kids it is unconditionally going to be okay, because for children and families who stand to lose their residence or civil freedoms, it may not be.

DO offer reassurance by discussing and modeling how to unconditionally support and care for classmates and friends who may be facing unique worries and stress at this time.

DO put those conversations in an age-appropriate context that includes ways children and teens can stand up for peers when they witness their exclusion.

DON’T try to minimize a child’s fears by normalizing distressing language and behavior.

DO listen to their fears and talk about reasons for hope, including their ability to actively express empathy, support, and advocacy for peers whose fears may be different, more acute, imminent, or sustained.

These moments are opportunities to model engagement, empathy, and kindness for children and teens trying to make sense of a world in which their values may be challenged, demeaned, or disregarded. Ultimately, what we are talking about when we talk to our kids about racism is the type of person they can actively become.

Rhea W. Boyd, MD, MPH, FAAP is a pediatrician and child and community health advocate who lives and works in the San Francisco Bay Area. Dr. Boyd graduated cum laude with a B.A. in Africana Studies and Health from the University of Notre Dame. She earned a M.D. at Vanderbilt University School of Medicine and completed her pediatric residency at University of California, San Francisco, where she participated in the Pediatric Leadership for the Underserved Program. In 2017, Dr. Boyd graduated from the Commonwealth Fund Mongan Minority Health Policy Fellowship at Harvard University’s School of Public Health where she received an M.P.H.

Dr. Boyd is the author of the blog Rhea.MD, where she critically engages the intersections of health and justice. She is also active on twitter @RheaBoydMD.